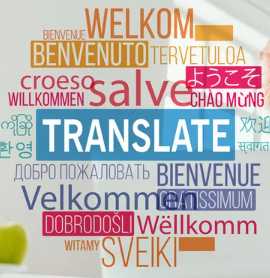 The document below (click on link to open pdf) was recently created by the European Regional Committee and includes translations of key croquet terms into european languages.

We hope to add more languages soon from other WCF Member countries. 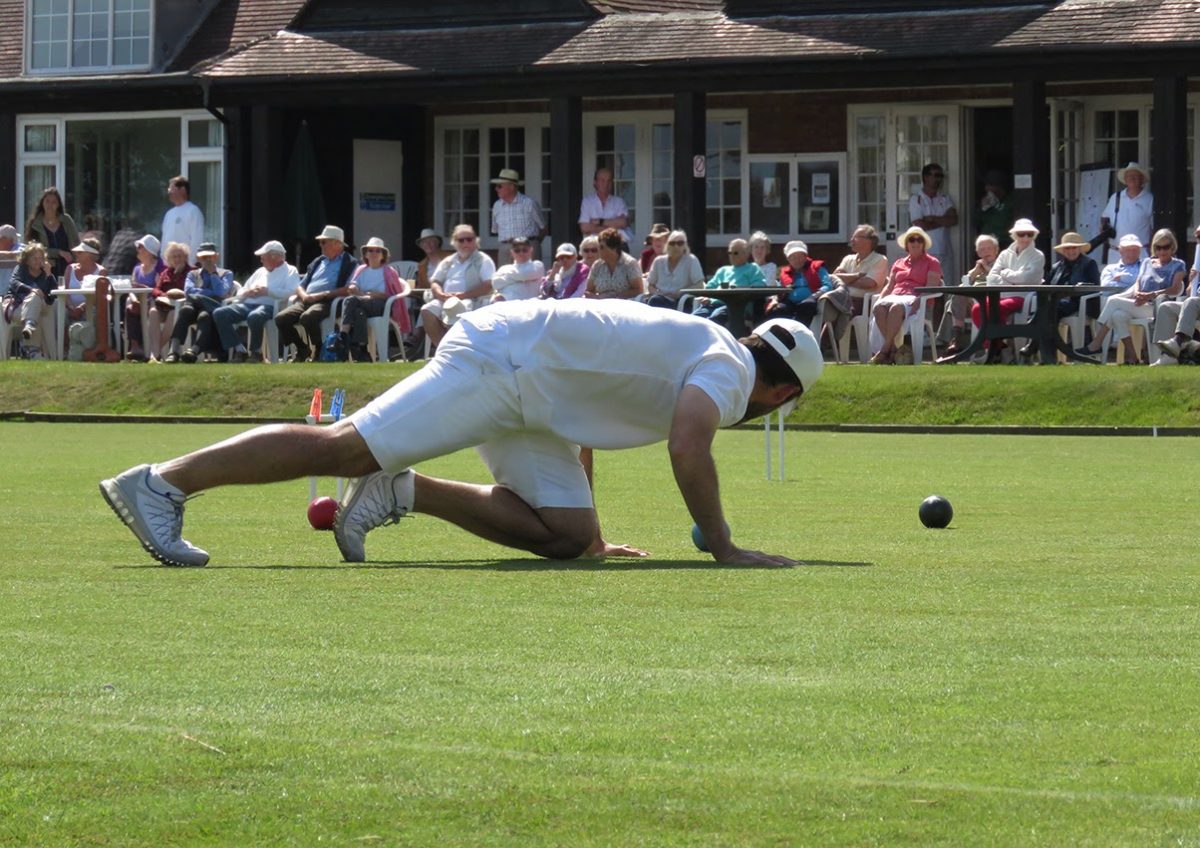 There are 9 teams who have confirmed they wish to compete and who have paid their entry fees. These are Austria, Canada, Czech Republic, Germany, Ireland, Scotland, South Africa, Sweden and Wales. With 9 teams entering we will have three tiers: 2.1, 2.2 and 3.

Tier 2.1
Wales, Scotland and Ireland will be joined by a fourth team, decided by a play-off on Monday 8th August between Sweden and Canada. When this event was last played in 2017 their match to decide the winner of Tier 2.2 was left unfinished, so this play-off is to establish which of the two teams will be promoted into Tier 2.1. Thank you to both teams for agreeing to play this extra day.

Tiers 2.2 and 3
The remaining five teams will initially be grouped together and then split into tiers 2.2 and 3 halfway through, based on performance.

Full details regarding the format of the event will be included in the Event Regulations which will be published later this year.

At this time there is no expectation that the event will be disrupted due to Covid.

Planning for this event is on-going with the Budleigh Salterton Club and English Croquet Association. 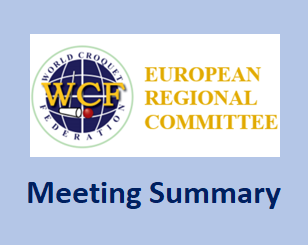 Forward 5 year European Calendar
- The forward calendar is now ready for publication. Since the meeting this has been published on this website.
- Number of players for each event will depend on the hosts and number of lawns.

European Club League
See Meeting 3 for launch info relating to this new event. The meeting discussed some fine points in relation to the rules. It is expected that these will be finalised within the next few days, at which point the new league will be formally announced.

European Team Championship AC+GC - August 2023
It is proposed to restart this event which has lapsed in recent years. The format will still be a mix of GC and AC.  The format proposed is for 10-16 teams, over 3 or 4 days. The size of the event may depend on lawn availability, which would optimally be 10. Conversations with potential clubs have been initiated. We hope to hold it in Cheltenham in August 2023. Since the meeting Cheltenham have initially confirmed interest in hosting this - to be confirmed.

General procedure of finding a host of an ERC event
It was agreed that the WCF Event Regulations provide a very formal procedure to find a host. It was agreed to follow these rules as much as possible but not strictly.

Event budget principles
It was agreed to follow the usual WCF procedure that players pay to the WCF, and WCF pays to the Host which is a national CGB.

AOB
Discussion about the design of the forward event calendar
Robert will send a draft to Debbie Lines for publishing. Before publishing Robert will send it to the members. Together with the calendar, members will receive an invitation to consider the hosting of future events. 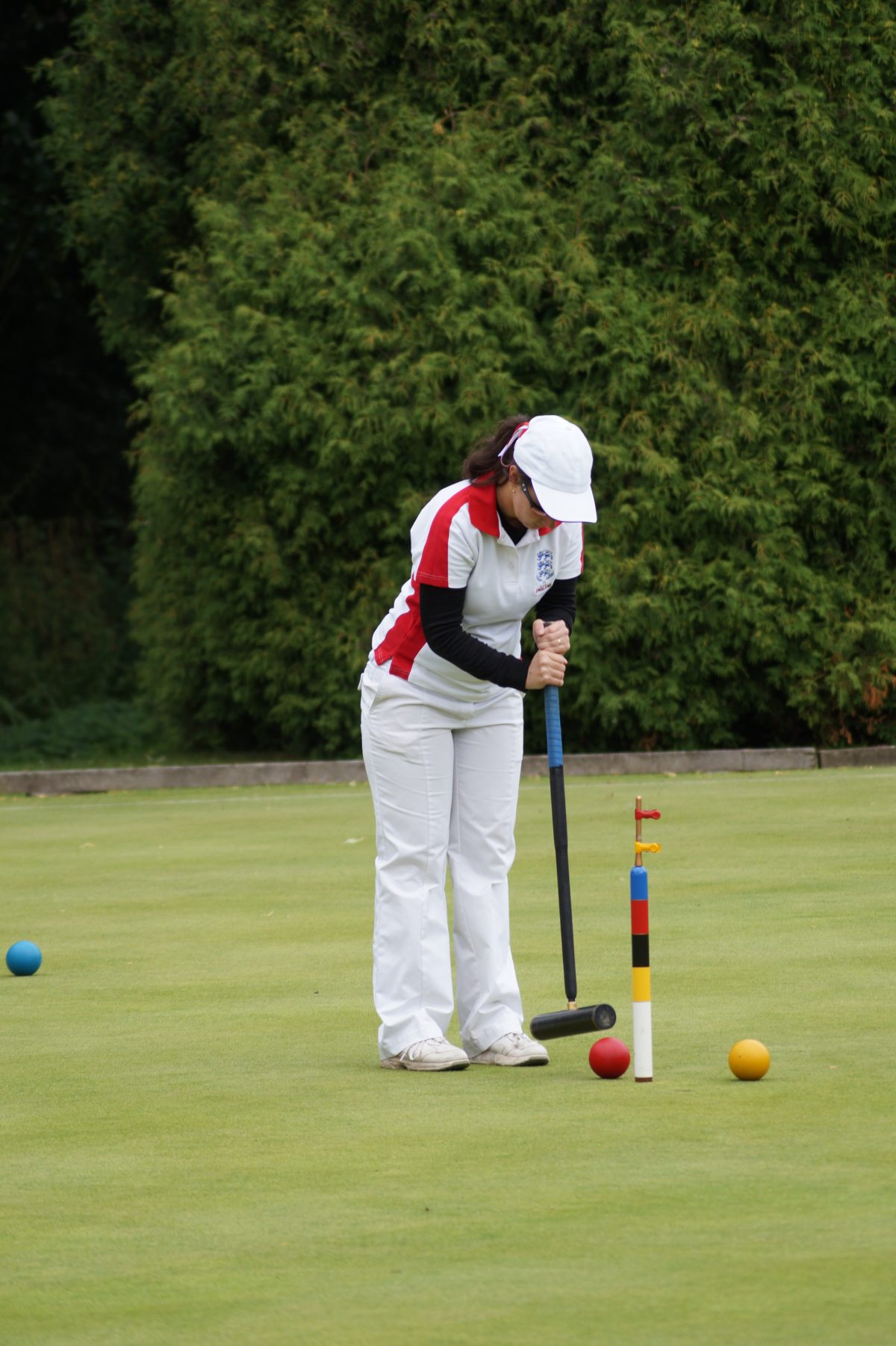 The 2023 AC Women's World Championship will be held between 7 - 14 January 2023 at several clubs in Christchurch, South Island, New Zealand, head-quartered at the United Croquet Club.

Main Event
The event capacity is 40 players. The entry fee for successful entrants will be £96.00.

Format
Block play:    4 blocks of 10 players playing single games over 3 days.  The top 4 in each block will qualify for the Knock-Out Stage.
The blocks will rotate around the venues.

Knock-Out:   The Knock-Out Stage will comprise 16 players.  Seeding will be Grade-Based Seeding in accordance with Appendix 7 Section A of the WCF Sports Regulations.

Plate:   Entry will be open to those that do not qualify for the Championship Knock-Out Stage.  It will consist of block play and matches will be single games.  It will be followed by a knock-out stage of at least semi-finals and a final which will consist of matches of  best-of-three games.

Bowl:  Entry will be open to the 1st round losers in the Knock-Out Stage.  It will be a knock-out event and matches will be best-of-three games.

Shield:  Entry will be open to the 2nd round losers in the Knock-Out Stage.  It will be a knock-out event and matches will be best-of-three games.

Venues:  All Knock-Out main event matches will be played at the United Croquet Club, Christchurch.

Day 4:   This day will be reserved for block play-offs and if possible, the Plate block games will be started  at the other venues.

Use of double banking: the main event Knock-Out will be single-banked, apart from the first round.  The main event blocks will be double banked and other events will depend on detailed schedules. The Manager will have the right to double bank as necessary in order to ensure the tournament stays on schedule.

Entry Method Main Event
Players should submit their availability to their Member Governing Body in accordance with their published entry method. Any applicants from non-Member countries should email their availability, by the response date, to secretary@worldcroquet.org.

Player Information
Successful entrants should note that contact details, a photograph and a short bio for the programme, must be provided to the Secretary-General as per the published timetable.

Pandemic
There is still some risk that travel or other restrictions arising as a result of the Covid-19 Pandemic may cause the cancellation of the Event, although this is not anticipated unless the global situation changes. Players are advised that any expenditure incurred is at their own risk.

Players will be expected to comply with whatever rules the government and/or Croquet New Zealand have in place.

Further information about the event, including the venues, local accommodation and attractions, transport links, the event timetable (including social events) and any other relevant information, will be published nearer the start date. 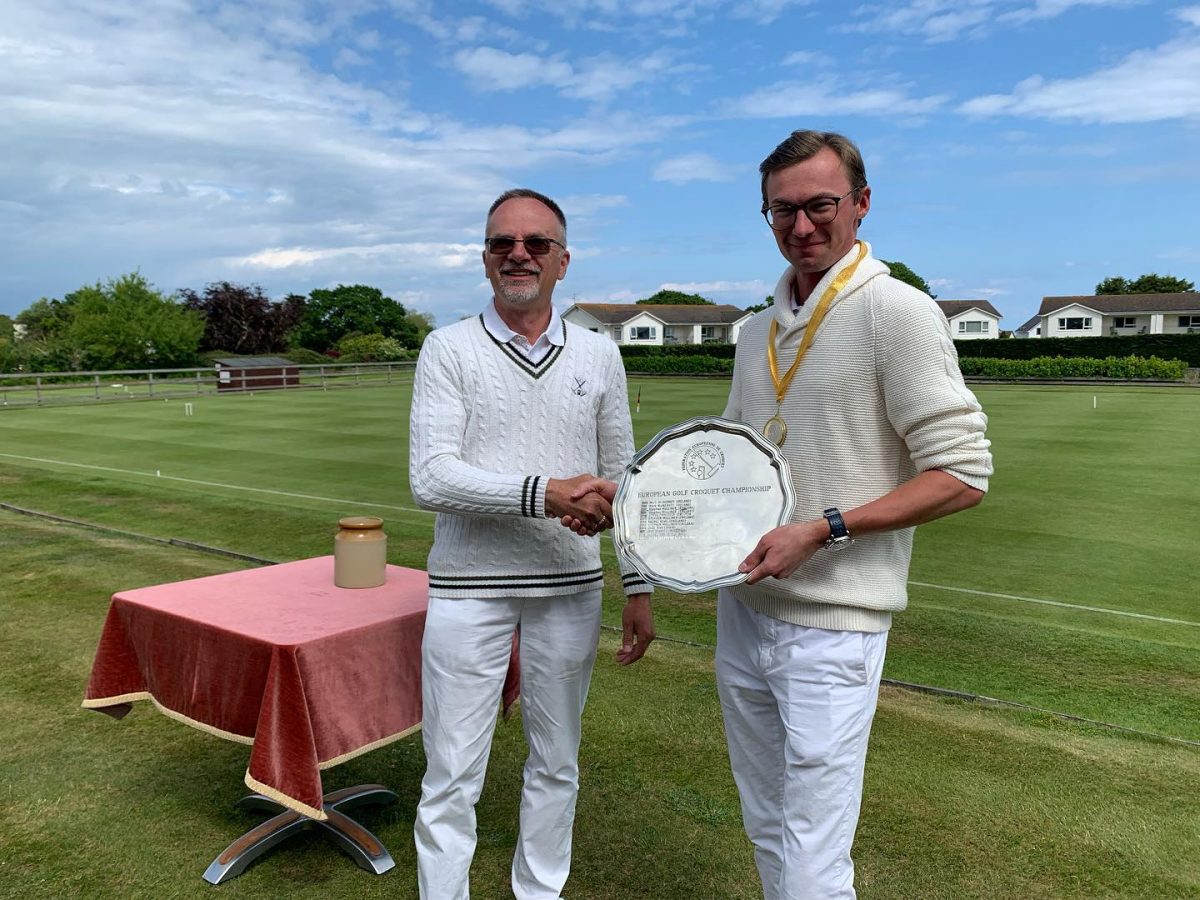 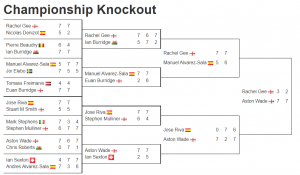 Current events
- Roberts updated that all is ready for the European Open  at Budleigh Salterton, Devon, England which starts on Thursday 26th May
- The European Women's Championship has one space left which will be advertised.

Forward 5 year European Calendar
- The draft was approved. This will be published after the WCF World Calendar is finalised in early June. This to ensure no clashes with the final programme.
- Number of players for each event will depend on the hosts and number of lawns.

European Club League
- This new event will invite club teams from around Europe to play against each other. Some matches are planned for this year with a full roll-out and grand finals weekend to be held October 2023 in Madrid.
- The two dates scheduled for teams to participate during the first stage this year are: 10-11 September 2022 and 17-18 September 2022.
- The entry fees will be €60 per team (or £50). Teams will be composed of 4 players.
Full notification and Invitation to compete will be sent out shortly

Young Players Survey
- It was agreed to survey European Members to determine how many young players they have and how they are supported and encouraged.

Next meeting of the committee: 8th June.

The current entry for this event is 27 players and they have all paid. There is one space, please contact Roberts Stafeckis if you wish to apply. 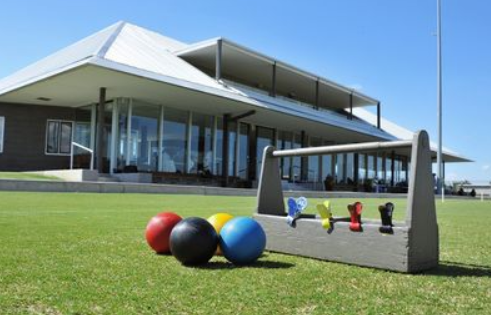 The MacRobertson Shield, Tier 1 of the AC World Teams Championship, is due to take place this November in Melbourne.

Please follow this link to go to the Event Page where an interesting article, written by Chris Clarke, and giving his preview of the four teams, can now be read.

Thank you to Chris for agreeing to share his article with the wider croquet community via this website. 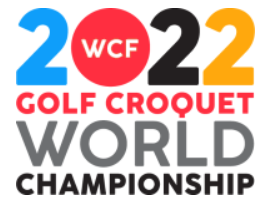 The file below shows these 38 players and also the previously awarded Ranking and Wild Card Places. The player lists are displayed in various orders for ease of use. It also includes the 70 players currently on the Replacement Ranking List.

There are four places remaining which will be awarded to the qualifiers from the Qualification Event. The closing date for entries to the qualifier, (enter online via the English Croquet Association website), is 25th May 2022.

The following information is requested from all the above competing players by 8th June 2022 (or sooner if available).

Please note, the photo and bio may be published on the event website and on the WCF website. Some live filming by the Croquet Association may take place during the event, and press may be present taking photographs. Players should note that their results will be published on Croquet Scores. The contact details will be held by the WCF Secretary-General and Tournament Manager only and deleted after the event in line with data protection and privacy best practice.

These are due by 10th June at the latest. Please pay by bank transfer if  possible, this will avoid costly PayPal charges. Players should be notified how to pay in this way by their Member.

If for any reason a player cannot now take up their place, please notify me as soon as possible so that a replacement can be found. Per the Sports Regulations, the following process is followed in the event of a withdrawal:

Players who have received a Membership Place: when a player withdraws, the Member has 14 days to nominate a replacement; if no player is nominated a Replacement Ranking Place is awarded. If the 14 days expires before the Qualifier closing date of 10/07/2022 the place becomes an extra qualifier from the Qualification tournament.

Withdrawal by a player who received a Ranking or Wild Card place: when a player withdraws, if this is before the Qualifier closing date, then the next most highly ranked player on the Replacement Ranking list on that date will be offered the place.

After the Qualifier Closing date, all withdrawals from the main event become extra qualifiers from the Qualification tournament.

Further details regarding the venue and programme, will be published on the WCF website and on the Championship website over the coming weeks. 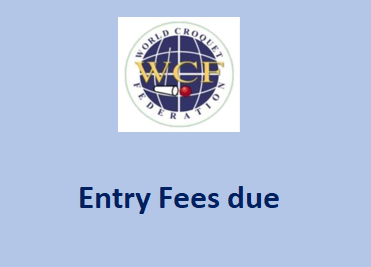 Players who have been notified that they have received a place in the upcoming World Championship need to pay their entry fees of £108 by 10th June 2022 at the latest.

Per WCF Sports Regulations Appendix 2, clause 6, players who fail to pay by the due date will lose their place. The relevant sections of the regulation are below for your information:

6.1 Subject to paragraph 6.2, failure to pay the entry fee by the due date will lead to automatic disqualification and the place will be filled in accordance with paragraph 7.

6.2 Before disqualifying a player for failing to pay their entry fee on time, at least two reminders must have been sent to the Member which nominated the player and all reasonable efforts must have been made to contact the player directly.

Successful players from the Qualifier, must pay as soon as possible after qualifying.

All players who can pay by Bank to Bank transfer are encouraged to do so. Instructions are included in each players announcement notification email. This avoids the WCF incurring costly PayPal fees.

If necessary, please pay by PayPal using the button below: