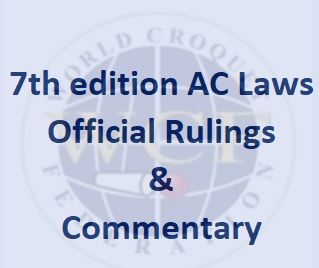 In February the WCF published the 7th edition of the AC Laws. The Official Rulings and Commentary have now also been published on the WCF website.

The Laws of Association Croquet 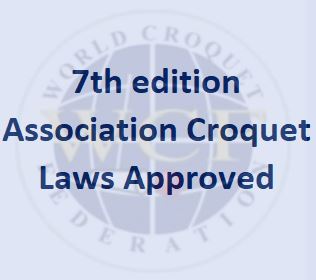 The 7th Edition of the AC Laws was approved by the WCF Council on 24 January 2021.

As well as the 7th edition laws, two other documents have been published to assist players and referees in applying the new Laws.

The ILC was established in 2001 to have general responsibility for the administration of the Laws of Association Croquet and to make rulings with the approval and on behalf of the governing bodies of croquet in Australia, England, New Zealand and the United States of America ('the Four Governing Bodies' or '4GB').   Such rulings are published in the Official Rulings on the Laws of Croquet ("ORLC").

The ACLC consists of four voting members each of whom is nominated by one of the 4GB and a non-voting member appointed by the WCF Management Committee.

Its terms of reference are set out in Statute 132.

The current members of the ACLC were elected on 31 December 2020 and are:

In addition, the WCF MC is entitled to appoint a non-voting member.
WFC MC: Stephen Mulliner (until his retirement on 31st August 2021).