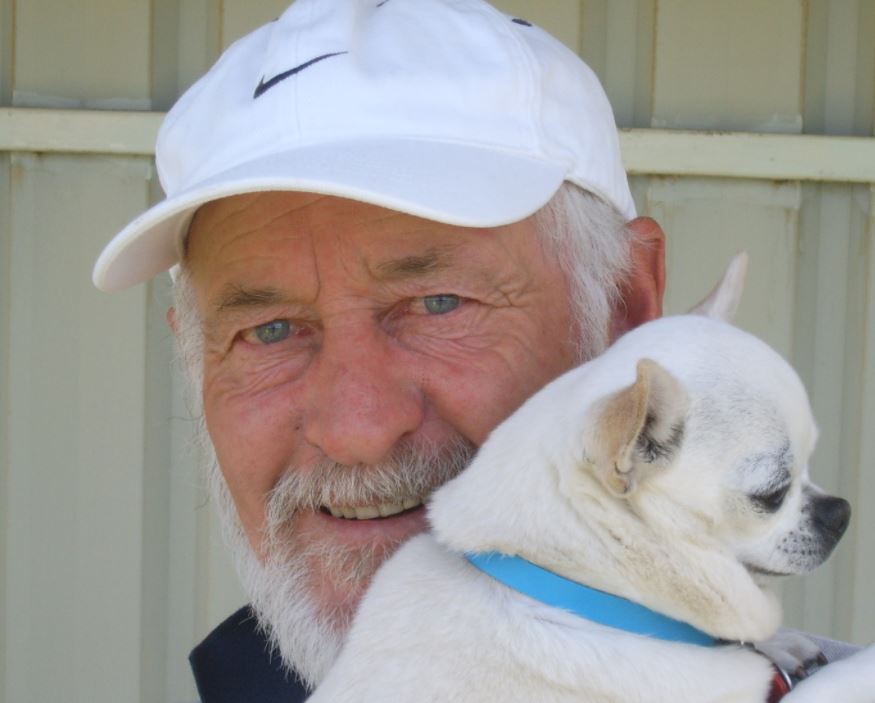 Bryan Dawson is a resident of Adelaide, South Australia and played Association Croquet competitively from 1988 to 2013. He made regular appearances in the Australian Men’s and Open Championships from the start of his career to the early 2000s and was a stalwart of the South Australian Interstate Team from 1991 to 2011. In 1999, he travelled to the USA to play in the Sonoma-Cutrer and Resort at the Mountain events and, in 2000, represented Australia in the MacRobertson Shield in New Zealand as well as making a second appearance at Sonoma-Cutrer.

However, Bryan made his major contribution to the game of croquet as the maker of the eponymous Dawson Ball, the premier competition croquet ball for over 25 years from 1992. At his Adelaide workshop, he undertook years of painstaking research into the precise mix of plastics and colours required for the cold moulding process that would produce a croquet ball that met the specifications reliably by being perfectly round, robust enough to withstand years of vigorous use and almost totally resilient to temperature changes.

The manufacture of croquet balls had evolved from the use of boxwood at the dawn of the game in the 19th Century to various forms of composition balls in the 20th Century, culminating in the widespread use of the famous “Eclipse” ball manufactured by John Jaques. Unfortunately, the plastic cover of a compressed cork inner became a source of weakness and, from 1980 onwards, a cottage industry of croquet ball manufacturers began to emerge. Names such as Barlow, Walker, Willhoite came and went and, even today, Sunshiny balls are still regularly used. But, without any doubt whatsoever, the ball that steadily took centre stage in almost every croquet-playing country in the world as the 1990s wore on was the Dawson Ball.

The only exception was in Egypt which had been self-sufficient in ball-making for decades. As a Golf Croquet nation, the Egyptians preferred very hard balls and used wooden mallets which were had faces capable of handling the sharp impact of ball on mallet face. However, with the growth of interest in international Golf Croquet came the realisation that Egyptian balls did not suit the new generation of carbon-fibre mallets with brass inserts. The sharpness of the impact of ball on face tended to break the adhesion of the insert to the head. The Egyptian Croquet Federation recognised that it made sense to use Dawson Balls in their own international events not only to suit foreign visitors but also to prepare their own players for using Dawson Balls in world championships. The Dawson Ball can now claim to be genuinely ubiquitous in croquet terms!

As a youngster, Bryan did not excel academically but had a strong mechanical and inventive streak. He joined his father in his cabinet and joinery business and learned the importance of being a perfectionist. Bryan began making croquet mallets even before taking up the game and was then encouraged to turn his attention to making a reliable croquet ball. He adopted the cold moulding process and embarked on continual research over many years on the effect of different components on the colour, resilience and temperature stability of the moulded ball. The Dawson 2000 ball was his final development based on the most accurate metal master ball that he had ever made.

Bryan decided to retire in 2017 and sold the business to Paul Mainwaring, a fellow-South Australian, who has continued Bryan’s work and supplies Dawson Balls all over the world. The contribution of Bryan’s wife, June, should not be overlooked. She played a very important role in supporting Bryan in the running of his business and was particularly responsible for dealing with customers and ensuring the efficient transportation of thousands of sets of Dawson Balls all over the world.

Bryan’s unique contribution to modern croquet will be remembered and appreciated by croquet players for as long as the Dawson Ball continues to be used.