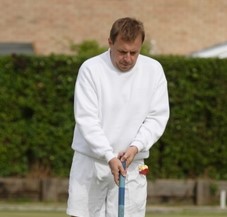 Robert is the most successful croquet player of the past 20 years.  Playing with an Irish grip, he has a superb all round game and whilst the precision of his game brings many admirers it will be for the power and accuracy of his rushing that most who see him play will remember him.  In addition to his stroke play he is tactically without equal and has been responsible for the majority of tactical innovations in the sport during his time in the game - innovations which he has always been happy to share with and explain to others, inspiring, challenging and assisting whenever the opportunity arises.   He is the only non-North American player who is a tactically sound US rules player and he is also a world class golf croquet player where again tactics are his biggest asset.

Now happily married to Susan and settled in the UK, Robert previously spent many years travelling the world playing and coaching the game, particularly in the US.  He also forged a strong relationship with the late Kevin Brereton during his time in Australia, producing a series of coaching videos with him.

Robert has served on the CA MacRobertson Shield Selection Committee and has captained and organised International matches for the GB team for most of the past decade.  He serves on the committee of Colchester Croquet Club where he learned to play in 1986.   However, it is undoubtedly his playing achievements for which he is best known. 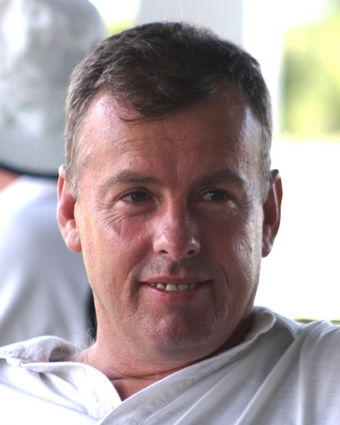 Reg Bamford is one of the most accomplished players in croquet history.  He is a three-time WCF Association Croquet World Champion and twice the WCF Golf Croquet World Champion (in 2013 and 2017) and held both titles simultaneously from April to August 2013.  He has won the British Association Croquet Open Championship eleven times since 1992 and the British Golf Croquet Open Championship ten times since 2002 and is the holder of more than 50 individual championship titles.

Beginning the game at age nine in South Africa, Reg began competing at the highest level almost immediately.  Since 1986, his end-of-year playing grade has only dipped below 2,600 on two occasions.  He has achieved the year-end Number One world ranking eight times and has been consistently ranked among the top five players in the world for nearly a quarter of a century.

Reg is also one of the most likeable individuals in the game, a great ambassador for the sport and his native country. Despite living in the UK since the early 1990s, Reg has consistently maintained his South African nationality in world croquet competitions.  This devotion has surely kept him from competing for Great Britain in the prestigious MacRobertson Shield, as his residency in London and an Irish grandfather would allow.

Reg is also the only known individual to have ever played croquet at the North Pole.  This occurred in April 2005, when Reg trekked to the Pole with, among much needed survival provisions, a croquet mallet and a ball.

Reg’s adventurous spirit is amplified by his intense determination and dedication  to croquet.  He is known among players for his rigorous training exercises, spending hours alone on the court after matches are completed, perfecting his swing and technique.

Reg’s dedication reaches well beyond croquet.  He is a qualified Chartered Accountant and founder and CEO of Sable Group (formerly 1st Contact) —a recruitment enterprise which provides financial and migration solutions to South African and other professionals living in the UK and Europe.

Reg and his wife, Adrienne, currently reside in London and have two children, Alex and Oliver. 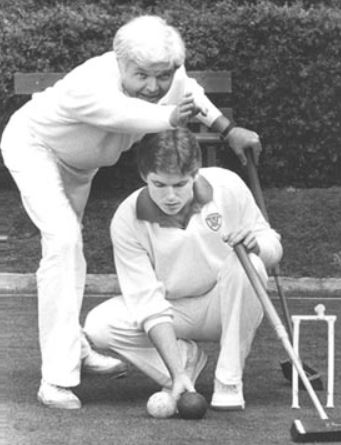 Tom McDonnell played croquet in the company of the Hollywood elite on his  home court in Pacific Palisades in Los Angeles.  Actors, including David Niven, Louie Jordan, Gig Young, George Saunders and Diana Hyland would always be at the house to play.

Tom was introduced to the game while working in the television industry in the late 1950s by movie producer Sam Goldwyn.

He ultimately was inducted into the U.S. Croquet Hall of Fame and was responsible for the development of tournament croquet on the West Coast, starting croquet clubs in Beverly Hills, San Francisco and at Sonoma-Cutrer winery in Santa Rosa.

It was at the family's home court in the hills west of St. Helena that he introduced the game of croquet to Meadowood Founding Partner H. William (Bill) Harlan.

At that time, in 1986, Harlan and his partners had owned Meadowood for approximately seven years and with some gentle persuasion decided to include croquet as an activity at the retreat.

To ensure the courts would satisfy world-ranking croquet players, Harlan engaged McDonnell to collaborate on the development of the competition lawns.  They opened in 1986 and that same year, Meadowood co-hosted the U.S. Croquet Championships, the first time they had been held outside of the state of New York.

Tom had also been responsible for the laying of world-class courts at Sonoma-Cutrer.  Those courts were awarded the 1986 USCA championships jointly with Meadowood.

As a direct result of the tireless work put in by Tom, Australian players Damon Bidencope and Neil Spooner attended those championships and in the following year became the resident professionals at Meadowood and Sonoma-Cutrer respectively.

Without the wonderful dedication of Tom Mc Donnell, the sport of croquet in the USA would not have reached the level it currently maintains. 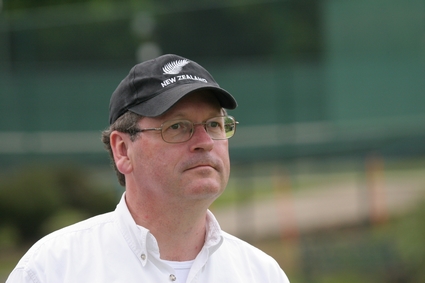 Chris  learnt how to play croquet whilst studying for a physics degree at Oxford University.  In 1986, he became a founder member of the Dyffryn Croquet Club near Cardiff, Wales.  As a player he has won the Welsh Championship on three occasions and the Spencer Ell Cup. He has been a regular in the Wales Home International team since 1992 and captained Wales to their WCF World 14pt Team Championship triumph in 2000.

However it is for his role as the WCF Association Croquet Ranking Officer that the sport owes him recognition.  Since taking over the maintenance of the Association Croquet rankings from Stephen Mulliner in 1997, he has worked tirelessly to maintain and improve the service offered.  In 2004, the service was updated to the interactive version that we know today but even since then Chris has continuously sought to improve the service offered by the site and the statistics that can be accessed.

Results of games are entered as soon as they are received meaning that the ranking list is always as up to date as possible.  As well as the site being of general interest to players, it serves as an invaluable tool to managers looking to seed events and to selectors, not just from the point of view of the grading information supplied but also by making accessible the huge database of results on which the system relies.

Since 1997, Chris has entered the results of more than 180,000 games into the system, but, as if this were not enough, Chris is now going back through old records with the aim of creating ranking lists back to 1918.  His role of CA Archivist helps to provide access to the historical information for this latest project.  Through his tireless efforts and by constantly seeking to provide another angle for the user to view the information in the vast database, Chris has made the rankings so much more than a list of numbers. It is through his efforts alone that the resource of the interactive ranking database is available to us all, a resource without which the sport would be much the poorer. 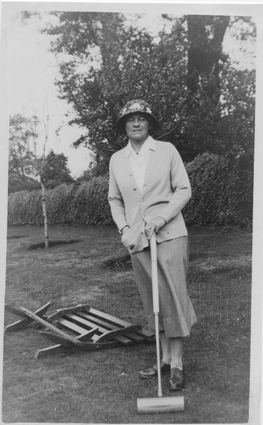 D.D, as she was always known, dominated the game between the two world wars, and was perhaps the first to prove that women could play on equal terms with men.

D.D played in the President’s Cup for 17 consecutive years, recording six wins, and was also involved in a quadruple tie for first place. She won the Women’s Championship 15 times between the two world wars.

Unsurprisingly, she was a member of three of the four MacRobertson Shield teams in this period, missing only the trip to Australia in 1935 for family reasons.

She was probably the most dominant player between the two wars of either sex.