The 2023 Association Croquet World Championship will be held between 15 - 23 July 2023 at clubs in South West London. The lead club will be the
Hurlingham Club, which will be the venue for the finals, but significant parts of the championship may also be held at Dulwich Croquet Club, Ealing Croquet Club, Roehampton Club, Surbiton Croquet Club and Woking Lawn Tennis and Croquet Club.

The anticipated entry fee for this event is £153 per player. This is based on a rate of £17 per player per day for 9 days. This rate is subject to ratification by the WCF Council when the 2023 Budget is approved later this year.

Qualifying Competition
A qualifying event will be held from 10-13 July 2023 at the Sussex County Croquet Club in Sussex. It will be open to 32 players who have not been able to secure a place through their ranking, their national association or via a WCF wildcard. If the qualifying event is oversubscribed on the allocation date of 8 May 2023 places will be allocated via the WCF Qualifier Ranking list. In all other respects CA tournament conditions rather than WCF sports regulations will apply to this event. Information on how to enter this will be published early in 2023.

Locations
The Hurlingham Club will be the centre for the Championship and the venue for the finals: it will provide at least 8 lawns. In addition, up to 17 lawns have been offered by Dulwich, Ealing, Roehampton, Surbiton and Woking Clubs. Decisions on venues will be taken at a later stage, after inspection.

During the Block Stage, it is expected that competitors will be allocated to one venue for the day. Some movement between venues may, however, be necessary for the consolation events, although the management will seek to avoid this.

Please note that Hurlingham has a dress code which normally insists on white attire, but this will be relaxed to the following extent. Players may wear approved international colours from the waist upwards; but from the waist downwards they are expected to wear white. This dress code will apply at all Clubs.

In addition, players and guests will be expected to conform to bylaws at all Clubs; these include limitations on e.g. the use of mobile telephones and the bringing in of own food.

Transport and Parking - players will be responsible for making their own way to South West London. A Transport Manager will be appointed, and a carpool will be organised using club members’ cars. Parking is available for players’ cars at Hurlingham and Roehampton Clubs and adjacent to
the clubs at Dulwich, Ealing, Surbiton and Woking. There is a good bus service between Hurlingham, Surbiton, and Roehampton, which takes
about 45 minutes and runs every 10 to 15 minutes. Buses also run to Dulwich; and Ealing is well served by the Underground. Transport to Woking is more difficult, but there is a frequent and fast train service from Waterloo to Woking, taking about 25 minutes. There are good links from all the clubs to Central London.

Accommodation
There is a Premier Inn at Putney Bridge, which is a short walk from Hurlingham, and there are also numerous Premier Inns and Travelodges within easy range. Recent experience suggests that the best deals for bed and breakfast or self-catering are likely to be available on Airbnb.

Catering and Social
All clubs will provide an all-day catering service involving coffee, lunch and afternoon tea. At Hurlingham there will be a dedicated area – either a room or, more likely, a marquee – for the use of players and spectators, where it is hoped that, as a result of sponsorship, food and drink will be available at reduced rates: catering will be available at the Club until 9.45pm, and bar services until 11pm.

There will be an Opening Ceremony and Reception and a Players’ Briefing at the Hurlingham Club on Friday evening, 14 July: the scale of the reception will be determined by sponsorship.

There will be a Dinner on the evening of Saturday 22 July 2023 at the Hurlingham Club. The scale of this may be affected by sponsorship, but the cost per player excluding drink is unlikely to exceed £20.

Practice prior to the event
Practice will be possible during Thursday 13 and Friday 14 July, although hoops will not be at their final setting until Saturday. There is a full and active tournament programme in England during the summer and players may wish to consider these tournaments for practice in the period leading up to the Championship. CroquetEngland will publish this calendar on their website in early January 2023.

Internet, publicity and Communications
Wireless internet connections will be available at all venues.
Live streaming is expected to be arranged on some days.
A dedicated website for the event will be available. 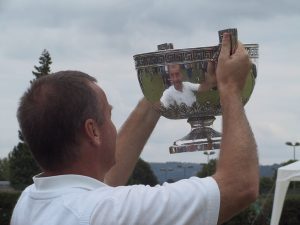 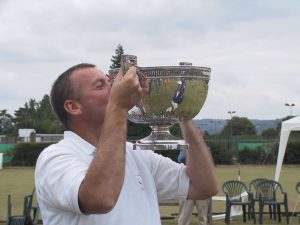 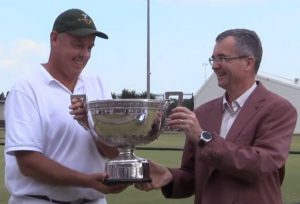