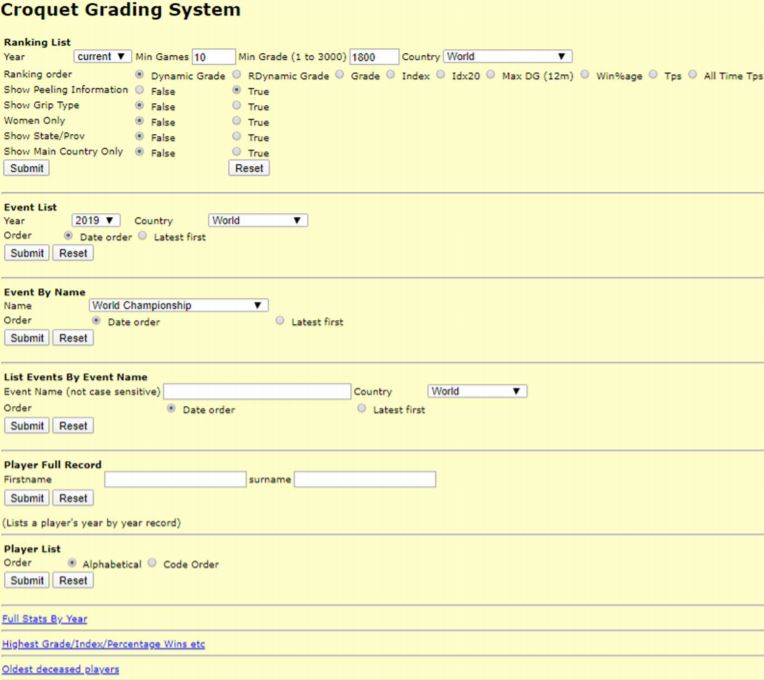 The WCF are pleased to report that Members have voted to approve the new Ranking Regulations. These are now available to view on the Statutes & Regulations page of the website > worldcroquet.org/wcf-business/statutes-regulations/

Implementation of these Regulations is now the responsibility of the Rankings Operations Committee (ROC) which is appointed by the WCF Management Committee.

On a day-to-day basis the ACGS and GCGS are each operated, in accordance with these regulations, by a Ranking Officer (RO) and, when appropriate and required due to workload, by one or more Assistant Ranking Officers (AROs) appointed by the MC on the recommendation of the ROC.