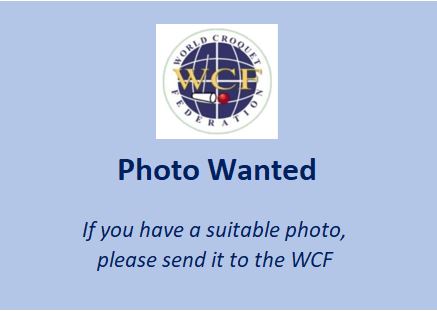 Walter Thomas Jones Whitmore was a founder of the All England Croquet Club and the first to develop croquet laws which would be consistently and widely used.

Jones Whitmore discovered Croquet in 1860 and this became a consuming passion.  He laid lawns at Chastleton House and realizing that there were no standard rules (croquet set makers produced their own), he set about creating both rules and tactics.  In conjunction with The Field magazine, he took the major role in compiling the rules and these were published in 1866, and were known as ‘The Field Rules’.  The croquet historian Arthur Lillie noted his success in ‘transforming the game from the silliest of open-air games to the most intellectual one’.  He continued to write articles on the game for The Field, which then formed the basis of his book ‘The Science of Croquet’ published in 1866.

Although the AECC and NCC were separate entities, they co-operated on revising the laws in 1870 with Jones Whitmore in the Chair.   In 1872 Jones Whitmore refused to become involved in further revision of the laws and confined himself to the role of elder statesman.

Born Walter Thomas Whitmore Jones on 13 March 1831 at Chastleton House, Oxfordshire, Jones Whitmore was educated at Bridgnorth Grammar School and in 1850  attended St John’s College, Oxford University.  He left two years later without taking his degree and joined the civil service. Jones Whitmore was critical of both the civil service in general and of his superiors in particular, remarking: ‘he is so supremely ignorant on the subject that I consider him as under me’.  He left the War Office to try his hand as an inventor of games and other inventions such as The Railway Carriage Signal (1864 Patent No 1969), and the Bootlace Winder ( 1864 Patent No 619).  He had a marked tendency to tell others what to do: he drew up treatises on reform of the Civil Service, how to fortify the country and even told his sister Louisa how to improve her complexion, when to wash her face and how to brush her hair.  He persuaded Longmans to publish two volumes of his poetry which, like his games and inventions, was not enthusiastically received.

In 1867 he changed his name from Whitmore Jones to Jones Whitmore, tired of his friend Willie Dickins regularly pointing out on their walks down Regent Street the name Dickins & Jones above a drapery.

In early 1872 he became unwell with what appeared to be a chest infection but was in fact cancer and he died on 27 July 1872.  Walter Jones Whitmore was unmarried.  Chastleton House is now owned by the National Trust and the croquet lawns are still in use.