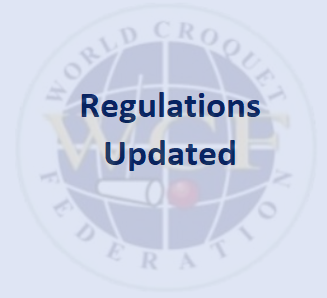 In February 2021 Council voted 38-0 in favour of accepting a Temporary Amendment to the WCF Sports Regulations. This amendment is relevant to the upcoming GC World Championship in July. Please see updated link: https://worldcroquet.org/temporary-amendment-to-sports-regulations/.

This amendment allows players to qualify for Ranked Places by playing 10 games in the previous 24 months, instead of the previous 12 months.

The Ranking Lists created for the upcoming GC World Championship will be created and applied on the basis of 24 months in all 3 clauses.