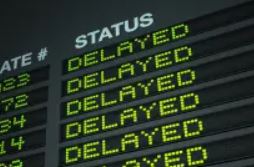 A 30% grant of up to 15,000 EUR has been awarded to the Latvian Croquet Federation to part-fund the building of their first multi-lawn venue. The planned three lawn club is to be built in the town of Ikskile, 30 miles east of Riga, and it is hoped that the main part of the work, including the creation for the courts, will be completed later this year.

As previously announced, the coronavirus pandemic has already caused us to postpone the GC World Team Championship Tiers 2 & 3 events due to be held in Spain and England this year.

After consultation with all the affected Event Hosts, namely the Members due to host events from 2020 to 2023, it has been decided that the best approach is to move the entire WCF forward calendar back by 12 months, beginning with the 2020 Women’s AC World Championship. This will hopefully provide a degree of certainty. The existing Event Hosts have agreed to work on that basis and, whilst the exact dates need to be finalised in the coming months, the revised Schedule is:

In the original Schedule, the MacRobertson Shield was scheduled for 2025, its centenary year. The

plan is still to achieve this, if possible, with slight revisions to the Schedule around that time if necessary.

An important part of delivering this plan will fall to the recently re-established Development Committee. Anyone interested in joining this committee should contact either of its MC members, Ian Burridge (Burridge.Ian@gmail.com) or Roberts Stafeckis (Roberts.Stafeckis@gmail.com).

The WCF has recently launched an initiative to try to share more resources on a global basis. The initial offerings, croquetscores.com, Court Booking Systems, Swiss Management Software, information relating to developing a club and an index of YouTube videos can be found at New Croquet Resources page

Anyone with similar resources which they are prepared to share with the global community should contact Ian or Roberts (as above).

A WCF advice sheet has been agreed which provides information on how Members that do not operate a national handicapping system can facilitate handicap play amongst their players, it can be found at WCF Advice Sheets

Nominations are sought for potential inductees in 2020, these should be sent to the Secretary-General before September 30th for consideration by the Hall of Fame Committee. Nominations should be in accordance with the following:-

“A nomination by an individual is to take the form of a written citation which should demonstrate how the candidate has made an outstanding contribution to any of the Games of Croquet as a player, administrator or supporter or any combination thereof. A citation should be in English and not less than 500 words and should be accompanied by a photograph or portrait of the candidate.”