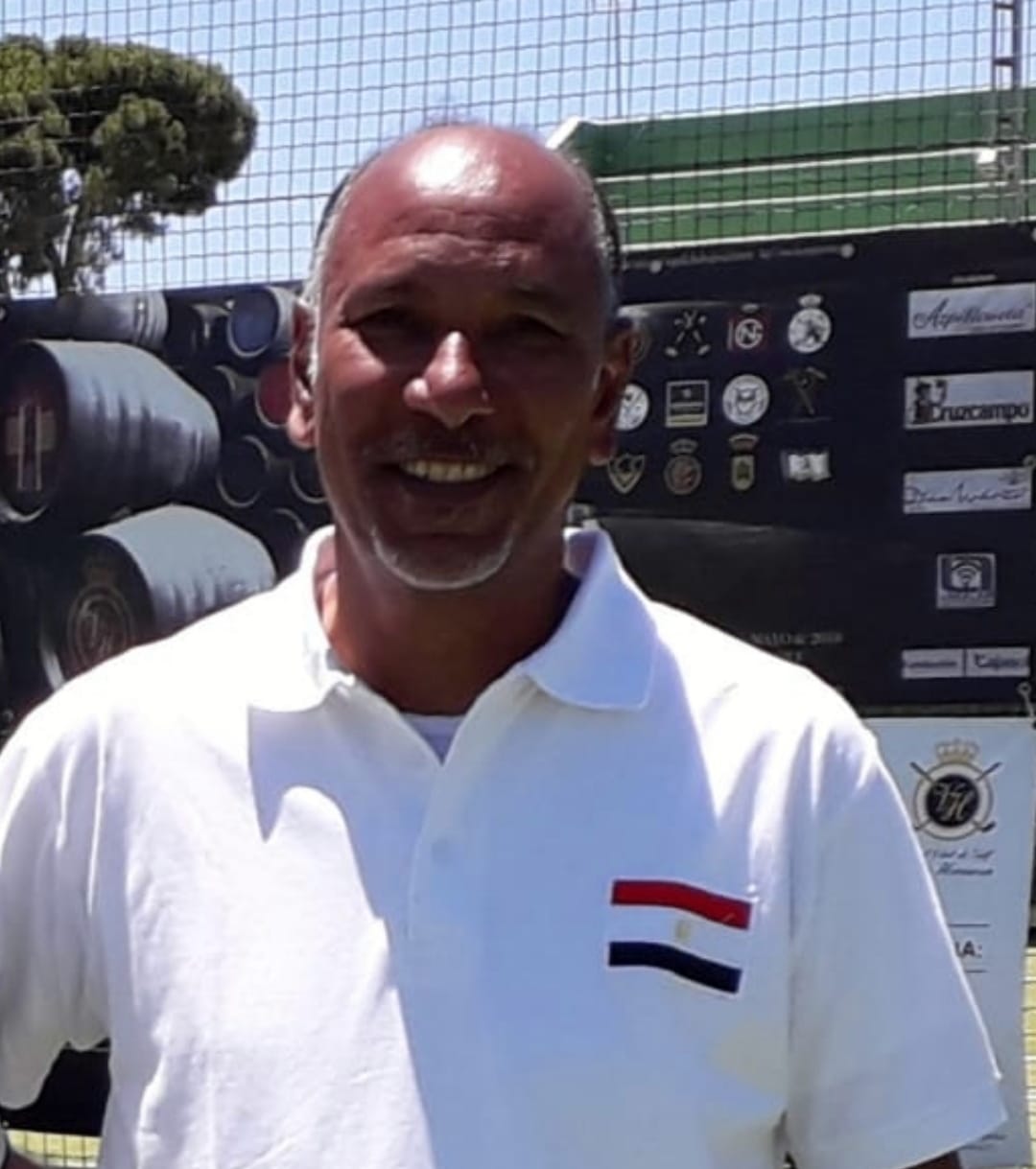 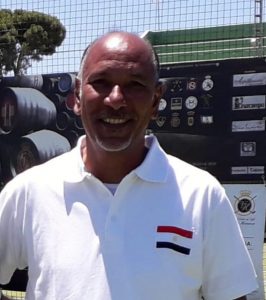 During the late 70s while still a teenager, Khaled Younis started playing croquet at Zamalek, a club known for its strong croquet traditions. Khaled has always been a gifted athlete. Before croquet, he was considered one of Egypt’s top young field hockey players. He excelled in football, table tennis, snooker among many other games. In croquet, Khaled found his life passion.

As soon as he made the first team of Zamalek Club, it became clear that the sky was the limit for his talent. Practicing and competing against to Egyptian players, Khaled’s game showed strength with unmatched grace and elegance. His fine touch allowed him to adopt a playing style that was a mix of power and finesse. It did not take long before Khaled started to garner national championships in singles, doubles, mixed doubles and club league. In league competitions, Khaled’s calm demeanor and superior tactics earned him the status of the top mixed doubles specialist.

When the WCF Golf Croquet World Championships started, Khaled was the champion of the inaugural event in 1996 in Italy. He won the title again in 1998 and 2002 to hold the record of 3 single open GC World Championships. (A record that is still standing for 20 years at the time these words are written in July 2022)

Competing at the international level allowed the world to see Khaled as a true ambassador of the game and a master who showcased his talent with grace and class.

In 2005, recognizing Khaled’s mastery of the game, the Egyptian Croquet Federation appointed him as the national head coach/technical manager. In 2011, a serious car accident that resulted in a hip fracture prevented Khaled from competing in the World Championship that was held in London. He still travelled with the team and performed his duties coaching the Egyptian team, while wheelchair-bound. After his full recovery, Khaled decided to retire from competitive croquet and dedicate his time to coaching the Egyptian teams. During his tenure, Egypt won the Team World Championship and a few of the Egyptian players he coached won open, women’s and under 21 world titles.

Khaled was one of the first players in Egypt to take on the role of a “coach” professionally with Shooting Club and later with Shams Club. In 2020, he was recruited to start a croquet academy for the newly built croquet facility at the Air Force Club. Everywhere Khaled went, a culture of winning was established. Khaled’s accomplishments in croquet go beyond the championships he won individually or as a technical manager. He is one of the most beloved and respected figures in the game in Egypt and internationally.

In addition to participating in world events, Khaled played an integral role in promoting Golf Croquet internationally. In 1999, he traveled with a group of Egyptian players to Los Angeles California, USA and competed in the Beverly Hills International, the first international GC event in North America. This event is considered the birth of GC in America. Khaled won the event. He returned to America twice; in 2000 to win the US GC national championship in Palm Beach, Florida and in 2002 to win his 3rd world title at the National Croquet Center in Palm Beach Florida. His world championship final game against Salah Hassan in 2002 will remain as one of the top tactical GC world finals to have been played. These 3 US events planted the seed for GC in America. Khaled’s work on promoting the game internationally was not limited to the United States. He was invited to conduct Golf Croquet clinics at the Ripon Spa Hotel in Yorkshire, England.
Furthermore, in his current work at the Air Force Croquet Academy, Khaled is breaking barriers and opening the doors to everyone including individuals with special needs and young children. A great reminder that our game is better when it becomes more about lifting spirits than lifting trophies.