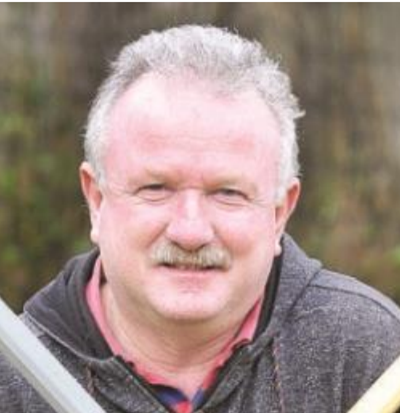 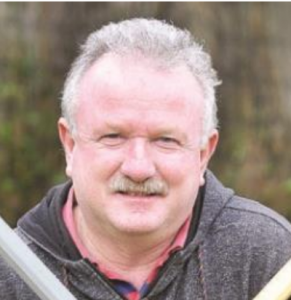 Joe came to croquet along with a group of teenagers in the Gisborne area in the 1970s. Gisborne was a fertile seedbed for young people to take up and develop in the game of croquet. Joe Hogan was surrounded by people who enjoyed their croquet at different levels and abilities. Playing croquet was fun. The group was tutored and encouraged in the sport by Mr and Mrs R A Clarke, parents of Richard and Judith, who all played at the Barry Memorial Croquet Club. The BMCC club members made for a positive place for the younger ones to feel welcome and accepted. These young players achieved various levels of local and national success in the 1970’s before choosing to take up other activities. Judith Clarke won the NZ Womens at the age of 16, Ross Smith won the NZ Levels Singles and, with Paul Stuart, took out the NZ Levels doubles, and Peter Adsett won the NZ Mens Singles after only playing Croquet for just over 2 years, having to beat John Prince on the way through. Joe Hogan and Richard Clarke, along with other BMCC and Gisborne Croquet Club players, Allen and Cliff Anderson reached the dizzy standards asked for being a member of the MacRobertson Shield team. Cliff Anderson captained New Zealand’s 1974 Mac Robertson Shield team in which his son, Allen, was also a member . In 1974 Allen was runner up to Nigel Aspinall in the British Open Singles. Richard Clarke played for New Zealand in 1982 but has since moved on to playing and coaching Hockey.

In February 1990, he won the World Croquet Federation Championships Singles, the British and New Zealand open singles, the British and New Zealand open doubles titles (both of the latter with Bob Jackson), the NZ Men’s and Mixed Doubles titles and was widely regarded as the best player in the world. He partnered Bob to win 9 NZ Doubles Championships between 1979 and 1990 and also won the title with Aaron Westerby in 1991.

Joe became a builder but was then destined for the priesthood, training towards that vocation while playing croquet at national and international level.  He was ordained but found the monastic life was not for him and he chose to leave the priesthood and return to carpentry.  In 1991-92 Joe met and married Robyn MacKenzie and they have three children – Sam, Mary and Matthew.  Joe developed his building skills into a qualified teaching career, spending 12 years at a college and the Technical Institute in Gisborne  In 2015 he returned to building.

Joe has chosen to concentrate on his family in recent years but he does come forward at times with little practice but much success.  When the WCF Association Croquet World Championships were held in New Zealand for the first time, in Wellington in 2002, Joe entered the qualification tournament and was successful in gaining entry to the Championship.  He then qualified from his block, and defeated the World number 3 in straight games in the knock-out before losing in the last 16 to Ronan McInerney of Ireland.  Joe qualified for consideration for the MacRobertson Shield team in 2010.  He won the Heenan Plate in 2013 on the occasion of the centenary of the Open Championships in Christchurch, the only time since he began competing in 1978 that he had qualified to play in the Plate.

In 2017, he once again played in the MacRobertson Shield, 38 years after his debut in the event, providing the crucial win to beat the USA 11-10 in a doubles match with partner Chris Shilling that needed three days to complete. Playing with his old wooden 9 inch mallet, he was able to play extreme stop shots that were the envy of modern players.

Joe wishes to acknowledge with gratitude the many people who have influenced his game over the years.  Two in particular stand out for him: first, the ever-consistent Bob Jackson, who he had to either get past or partner to achieve title successes.  Secondly, in terms of the attitude and tactics to be used in Test Matches, Roger Murfitt of Christchurch.  Roger and Joe successfully held the number 3 test doubles combination for NZ in the 1979, ’82, ’86 and the beginning of the 1990 MacRobertson Test series.  Joe considers Roger has one of the best tactical minds for Test croquet.