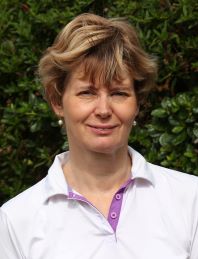 The WCF Management Committee is pleased to announce that Debbie Lines (ENG) has been appointed Deputy Secretary-General with effect from 1 September 2020.

Stephen Mulliner will retire on 31 August 2021 on the completion of his second four-year term and, as previously announced, the intention is that Debbie will become Acting Secretary-General from 1 September 2021 to 31December 2021 and Secretary-General from 1 January 2022 to 31 December 2025.  She will be eligible to be appointed for a second four-year term from 1 January 2026 to 31 December 2029.

Debbie grew up playing croquet from the age of six and became England's leading lady player in the 1990s.  She represented Great Britain in the 1996 MacRobertson Shield.  She is currently a part-time Parish Clerk and Responsible Financial Officer.