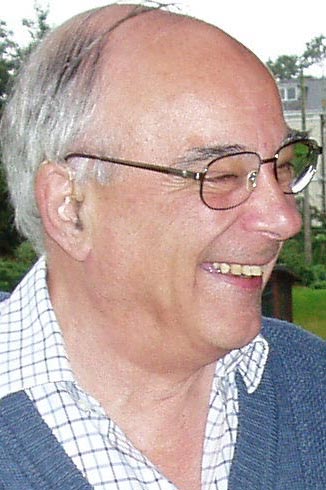 Chris Hudson, like many people, came to croquet by happy accident.  He had bought a house near Crewe which had a croquet lawn/bowling green, so he joined the Croquet Association (“CA”) so that he could play in tournaments.

The Croquet Secretary at Bowdon, Neil Williams, found out about him and wrote to him in 1973 asking him to join the club, which he did.  He quickly became heavily involved, becoming Croquet Secretary in 1974.  Over the next 42 years of his membership he made an outstanding contribution to the development of croquet in the club, in the UK and internationally.  He served as Bowdon’s Croquet Secretary from 1974 to 1980 and became chairman of the committee in 1981.  Thanks to his recruitment initiatives, the club acquired an enthusiastic team of younger players, many of whom went on to play at the top national and international level or to serve on CA council or to become coaches and referees.

Chris was elected to the  CA Council in 1982 and served as chairman of the Publicity and Development Committee until 1985 when he took on the role of CA Development Officer.  During his 15 years in that role he stimulated many initiatives, not always without controversy, but it is fair to say that his time was a golden period for the development of croquet in the UK.  The National Croquet Classic for garden players and the National Competition for Schools were two of his initiatives, national Junior Championships were started and Short Croquet, which could be played on a tennis court, was introduced.  He edited the Croquet Gazette from 1985 to 1992, modernising the format to widen the appeal with less emphasis on tournament reports and more articles of general interest; many will remember the musings of his regular correspondent, Dolly Rush.  Together with the then CA Secretary, Brian MacMillan, he worked to increase the sponsorship of croquet to the benefit of many major events.

In the early 1990s, Chris became an enthusiast for Golf Croquet (“GC”), which at the time was very much a poor relation of Association Croquet.  GC soon became a major project for him, something not universally popular in some croquet circles.

Chris was heavily involved in the foundation of the WCF, which was initiated by the CA under Andrew Hope’s chairmanship in 1986, and was elected the first Secretary-General in July 1989.  One of his first initiatives was an appeal to supporters worldwide to donate £100 to become a Friend of the WCF, the aim being to raise £25,000 as a reserve.  The response was positive and ensured the future financial stability of the WCF.

Concurrently, Chris had linked with the GC enthusiast, Syd Jones, and they persuaded Samantha Curry at the Ripon Spa Hotel to use the hotel’s croquet facilities to promote international competition.  GC brought a whole new cadre of players into the croquet world who became the economic base for many clubs with the result that GC is now a fundamental part of croquet’s vitality and development.

In 1996, Chris met General Ahmed Hamroush, the President of the Egyptian Croquet Federation.  As a result, Egypt joined the World Croquet Federation, the world was shown a whole new way to play GC and the first GC World Championship was held in Italy in that year.

Chris was a quiet and self-effacing man.  He just got on with things without any self-publicity and the full extent of his contribution to the development of croquet will probably never be realised.