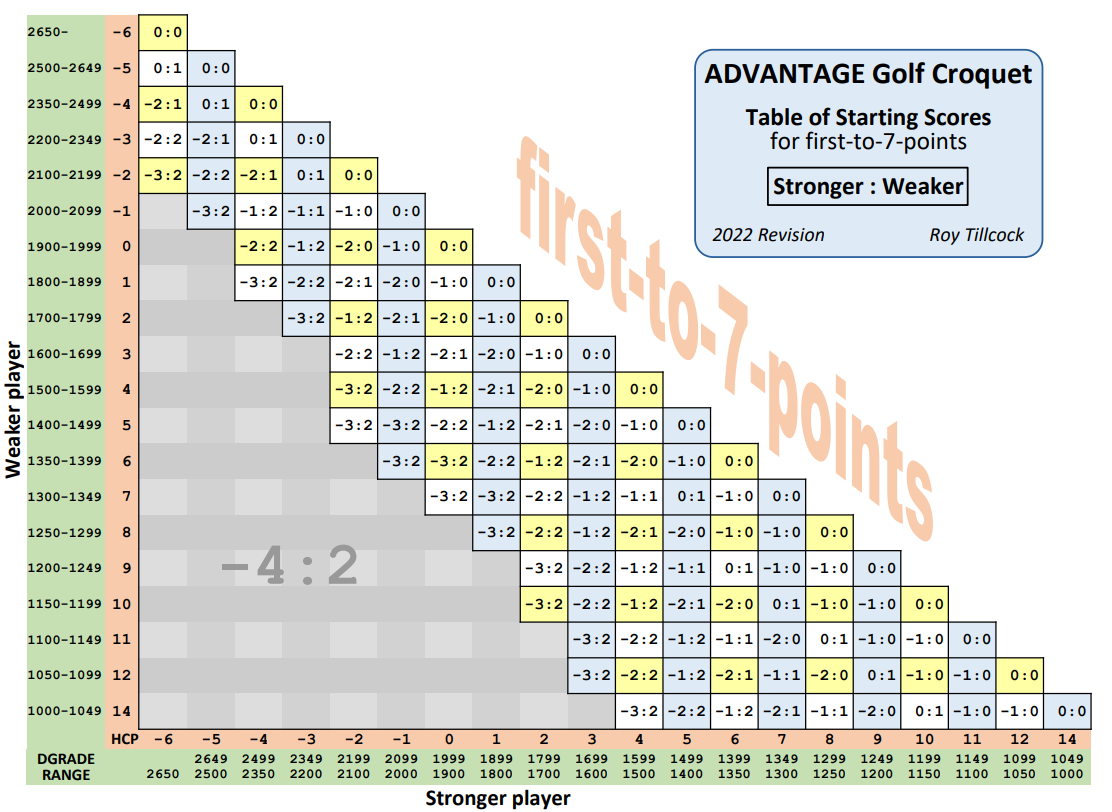 The Working Group has developed a form of GC which has been named “Advantage GC”. The MC believes that Advantage GC has an excellent chance of gaining general support amongst the playing community if they have the opportunity to try it out.

The WCF are pleased to report that the trial was completed successfully, with both good data and subjective feedback received.

Roy Tillcock, who organised the trial, has analysed this data and it is extremely encouraging. We know that many clubs around the world tested the new variant, and their feedback was also extremely favourable. We thank everyone who has helped test the game and submitted their data.

2022 update - amendments identified
The trial showed that most people felt this game provided a closer experience to level play GC than using extra strokes. The data showed that this variant provided closer matches than the use of extra strokes. Previous analysis has shown that extra strokes generally favours the stronger player, however, data collected over some 836 games of Advantage GC, showed that in some cases there was a slight advantage for the weaker player. To correct this, the Starting Scores Table has been amended.

There are two new tables to be used - First to 7 point and First to 10 point game variants. These should be downloaded and used for  all future games of Advantage GC, not the table published last year.

A second trial will take place with the SCF over their 2022 summer season (April to September). We also hope that trials may take place in Australia and New Zealand.

We invite you all to give the game a try and, if you wish to, please send us feedback. Please let us know your impressions and observations and also provide game results which show the handicaps and/or DGrades of the players.  Please use the dedicated email address set up for this purpose – advantagegc@worldcroquet.org 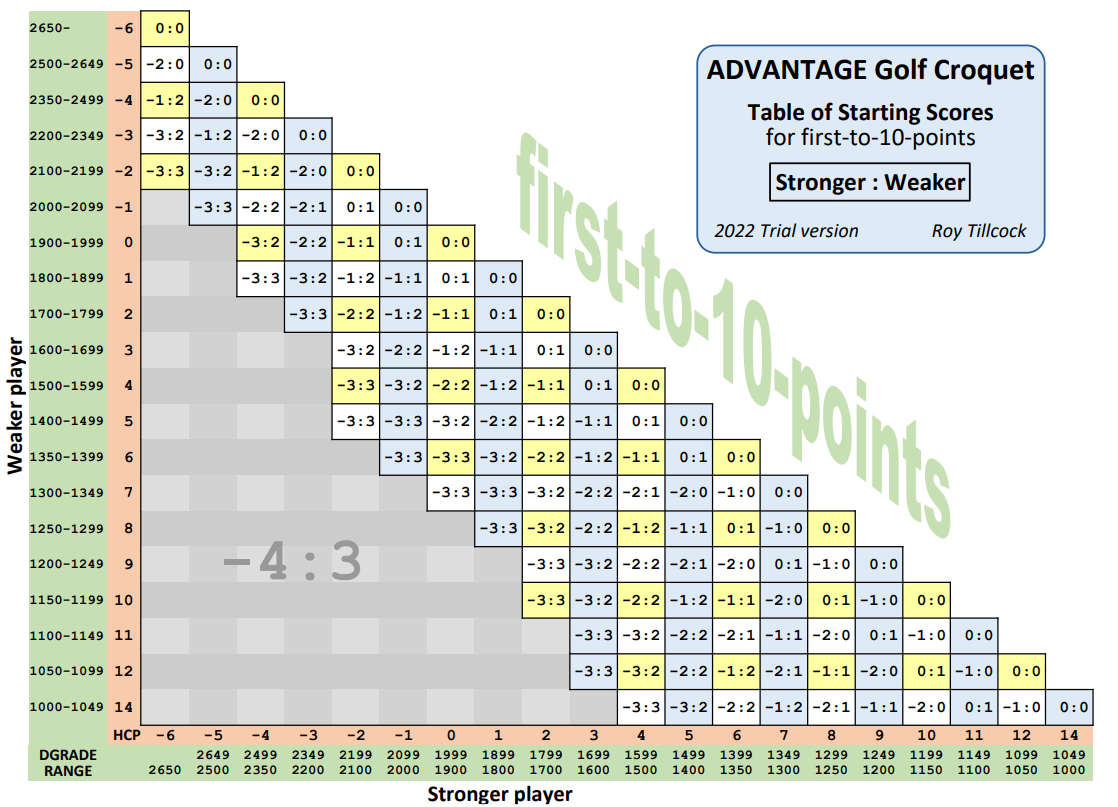