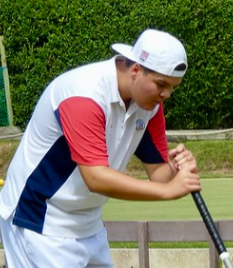 Twelve Membership Places have been allocated. Egypt has released one Membership Place unused and has also notified a withdrawal by a player previously given a Ranking Place. England had two Membership Places but has not nominated anyone for these, so these are also both released. This means the current breakdown of spaces is:

The top four players on the Replacement Ranking list at the closing date, who have been offered a place, are below.
As at 23rd October 2022, we wait confirmation of their acceptance.

Withdrawals:
Any players who needs to withdraw should notify Debbie Lines, the WCF Secretary-General immediately, either directly or via their Member assocation.

There are 3 people left on the wait list (Replacement Ranking List). In current ranking order these are Jamie Fleming (Australia), Fran Wright (Australia) and Robbie Spooner (New Zealand, note: no games played in the qualifying period). This order may change if games are played altering the rankings before a withdrawal occurs.