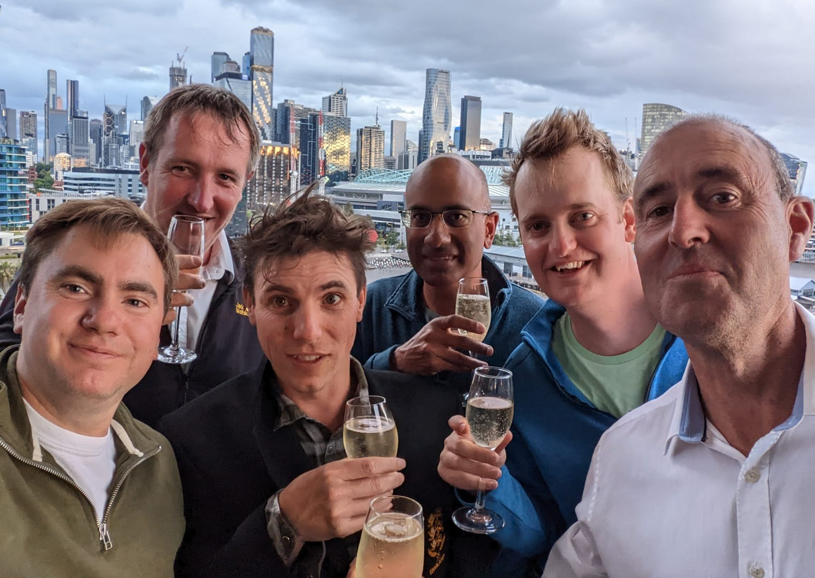 The England team put up a fantastic performance in Australia to triumph in the MacRobertson Shield winning all three tests against the other nations.

The Croquet World Team Championships are a gruelling three-week test of stamina and skill and this series has been extremely challenging. The teams were all very evenly matched and the lawn conditions difficult with tight hoops and high winds effecting play. This led to fewer peeling turns than we might have expected, but some interesting and interactive matches.

Going into the final day the English team were in a commanding position, leading Australia 10 to 5 and needing just one match win to take home the trophy. However, it’s never easy to cross the line, and memories from 2010 will have kept tension high, it took the then British team to the final game to win. However, Mark Avery the most experienced of the English players, and playing in his fifth test series, didn’t hang around. A quick player, he beat Australia’s Edward Wilson in 2 straight games, the first match to finish of the day.

Mark and Jamie were the stars of the English team with just one match loss between them across the whole series. Jamie is only the second player in history known to have won all his matches throughout the series, both doubles and singles.

Congratulations and well played to all the England Team. Great to have a World Cup win for England.

The event was filmed every day by 'MySportLive' and the videos can be watched in full on their site. To see highlights go to the WCF YouTube Channel and select the 2022 MacRobertson Shield Playlist.

And Full Results can be found on CroquetScores

Thank you to all the hard-working volunteers who helped to make this event such a success. Your efforts are very much appreciated by the whole croquet community. 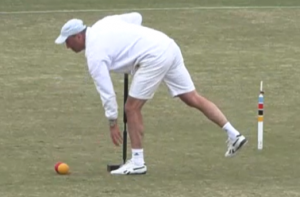