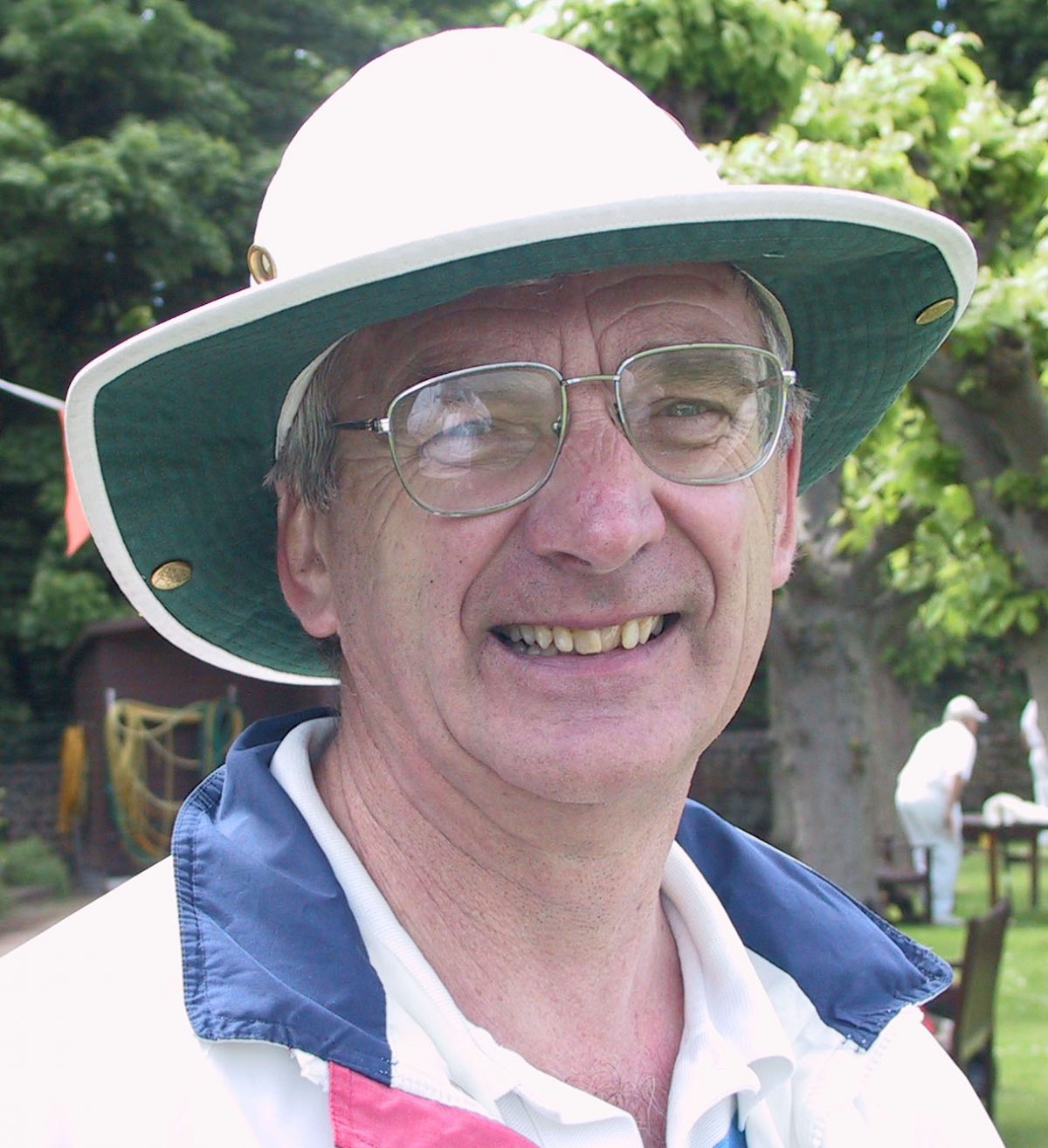 David Openshaw had a distinguished playing career spanning more than twenty years; his first appearance in the President’s Cup was in 1977, and he played in the MacRobertson Shield in 2000.      He won the Open Championship three times, in1979, 1981 and 1985, and also the Men’s Championship in 1981, 1991 and 1995. He was runner-up in the World Championship in 1991, and made a total of thirteen appearances in the President’s Cup, achieving second place three times.

He played in the MacRobertson Shield five times consecutively, from 1979-1993, and also finally in 2000. Four of these contests were won by Great Britain, a success rate of 66% matched by his personal record of 49 wins out of 72 in singles and doubles. He captained the team four times, and proved to be an inspirational leader, with three successes. A particular contribution was his recognition of the importance of the doubles rubbers, and the selection of the optimum pairings.     By the 1980s the MacRobertson Shield contests had become too long, and he  supported Stephen Mulliner in proposing what is now the current format of a single Test Match between each nation comprising 12 singles and 9 doubles.

As a player he was noted for his skill in winning closely-contested matches, and this created the myth of the ‘Openshaw stopping bisque’.

He served on the CA Council from 1982-1986 and also 1999 -2010, but his most important contribution to croquet administration was as World Croquet Federation President from 2003 to 2009.  He came to the post at a pivotal moment in WCF history because, with the exception of the holding of WCF Association and Golf Croquet World Championships it was generally believed that the WCF had not managed to encourage the development of the sport world-wide to any significant extent.

David provided strong leadership and during his tenure six more events were added to the International Calendar, namely:

It is the establishment of the AC World Team Championship that should mark his place in croquet history.  With divergent views of how such an event could be achieved and some reservations among a sceptical membership, a patient but energetic policy of persuasion and diplomacy led to the incorporation of the highly-esteemed MacRobertson Shield event within the framework of an extended competition with different divisions.  This allowed all member countries the opportunity to play team croquet in a format commensurate with their relevant croquet skill base.

The WCF and its Management Committee had a reputation for being a rather impenetrable organisation which made little attempt to advise the wider croquet membership of what was happening.  During David’s presidency, he encouraged the establishment of a 1,000 page web-site with archive material including the minutes of all the meetings held since the WCF’s foundation, a wide range of discussion papers and consultations and a full record of the WCF’s accounts.  In addition, two of the founding principles and objectives of the WCF were awakened from a dormant state, by:

Last but not least, David continued the globetrotting role of the WCF President established by Tony Hall and made it his business to attend as many WCF events as possible.  He made a special effort to ensure that Egypt, the leading Golf Croquet country, continued to feel fully welcomed into the WCF family and made regular trips to Cairo to play in the International GC Open.

Without David’s tireless work on the many issues that faced the WCF in those days many of those achievements would not have been realised.