An exciting new event open to all clubs in Europe.

The event will consist of two stages: A Qualifying Stage, with group winners progressing to the European Club League Finals Weekend to be held in Madrid, Headquartered at Club de Campo Villa de Madrid 20th-22nd October 2023.

Each Qualifying Group will consist of 4 teams of 4 players and be played on an all-play-all basis over a single weekend.

In addition to finding the Champion club of Europe the event is designed to provide the opportunity for International play to club members who might not usually get the opportunity to play abroad.

All clubs are encouraged to enter, the commitment for each team is just one weekend and if victorious participation in the Finals Weekend. Enter now, entries for the 2022 Qualifying Stage close on July 31st.

If the event is successful in 2022/2023 it is likely that a second Tier will be offered in future years (eg for teams of players with a Dgrade below 1900). We would ask that all clubs that are interested in participating in an International enter this competition in 2022/2023 in order that the demand for future years can be assessed.

The full rules of the competition and entry form can be found here: 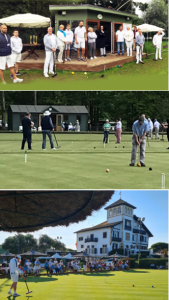