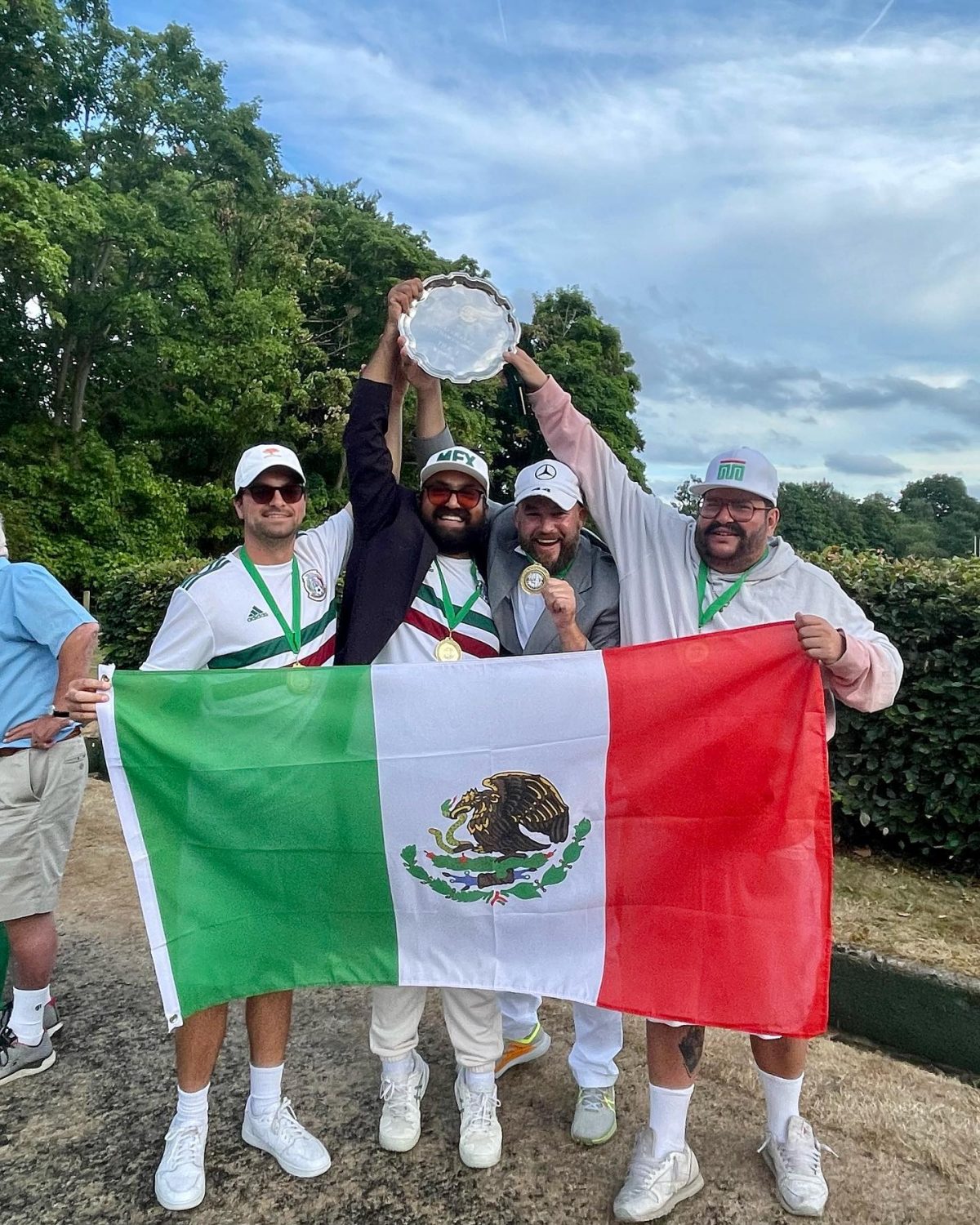 Watch the Championship that is taking place right now

As this Newsletter is published we are in the middle of the GC World Championship, 30 July to 7 August at the Sussex County Croquet Club, England.

Spectators are welcome for £10 per day or £25 for the week, including a programme. Follow the links below to find out more and to get up to date results, player profiles and stories as the championship continues. 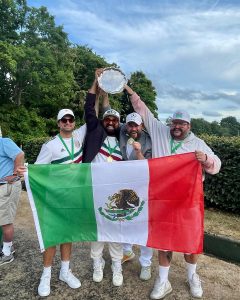 ams competing were  the Czech Republic, Iran, Mexico and Portugal.

Mexico won with 2 wins against Portugal and the Czech Republic, and drew against the Iran team made up of Omied Hallam and some hastily convened club players who stepped into the breach when the Iranian VISAs failed to arrive in time. 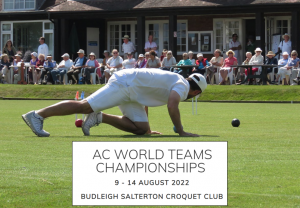 The 2022 AC World Team Championships – Tiers 2.1, 2.2 and 3 will take place at Budleigh Salterton, UK, from 9-14th August 2022.
Find out more on the WCF website or click the picture to go to  the Budleigh Salterton Club page.

Hall of Fame reminder
Nominations for the 2022 Hall of Fame must be received by the Secretary-General, no later than 30th September 2022. Nominations can be made by any individual or by a Member Governing Body.

Here is a link to the current members, so please don’t nominate them again!

Hosts wanted for future events
The forward calendar for the next 12 years was published a couple of months ago. Clubs interested in hosting any of our events should make their interest known via their Governing Body.

The 2022 AC World Team Championship Tier 1 (The MacRobertson Shield) is to be held at Cairnlea, Victoria, Australia, from 12-29th November 2022.
Read Chris Clarke’s article "Early Preview" comparing the teams on the WCF website.

The 2023 Women’s AC World Championship is confirmed for 7-14 January in Canterbury, New Zealand. The Response Date for this event has now passed and we are pleased to announce that the event has attracted many of the top women players. The breakdown of the 40 places, including award of Ranking Places can be found here.

The 2023 Under 21 World Championship will be held between 8 - 12 February 2023 at two clubs in Bay of Plenty, North Island, New Zealand.  The host clubs are Croquet Mount Maunganui, 45 Kawaka Street Mount Maunganui (head-quarters), and Tauranga Croquet Club, The Domain, Cameron Road Tauranga.
The event capacity is 32 players. The response date is 24th August, so get your entries in now!
Competitors must be under 21 years of age on 31st December 2022.

The 2023 AC World Championship will take place in London, England between 15-23 July.

The GC Women’s World Championship will take place in Sussex, England between 7 -14 August.

The GC Over 50’s World Championship will take place in Bunbury, Western Australia, between 14-21 October. This will be the last Over 50’s event following a recent decision that in future the minimum age will change to 60.

The ERC Forward Calendar can now be found on the WCF European Regional Committee page of the website. Hosts are sought for some of these events. Please contact Roberts Stafeckis, chair of the ERC, if interested.

Congratulations to Aston Wade who beat Rachel Gee 7:3, 7:2 in the final.

Aston started playing Association Croquet in 2016 during his first year at Winchester College. He later learned to play Golf Croquet at Hamptworth Croquet Club in the summer of 2020. The following year, he won the British Open at the age of 18.

Aston is currently studying Medical Sciences at the University of Exeter. 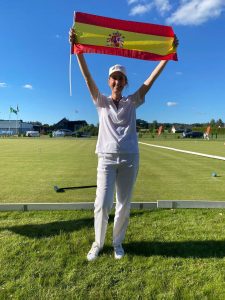 Congratulations to Begoña Elzaburu, from Spain, winner of the 2022 European Women's GC Championship.

Begoña has been playing GC for five years. Two of her sons also play, one of whom is a previous Spanish Champion. She has represented Spain several times, including at the 2019 GC Women's World Championship. Begoña works hard for croquet, being on the committee of her club, a national referee and she is also on the WCF Management Committee.

Ever wanted to know how to describe croquet in Swedish or Spanish? Well now you can! https://worldcroquet.org/basic-croquet-terms-translated/